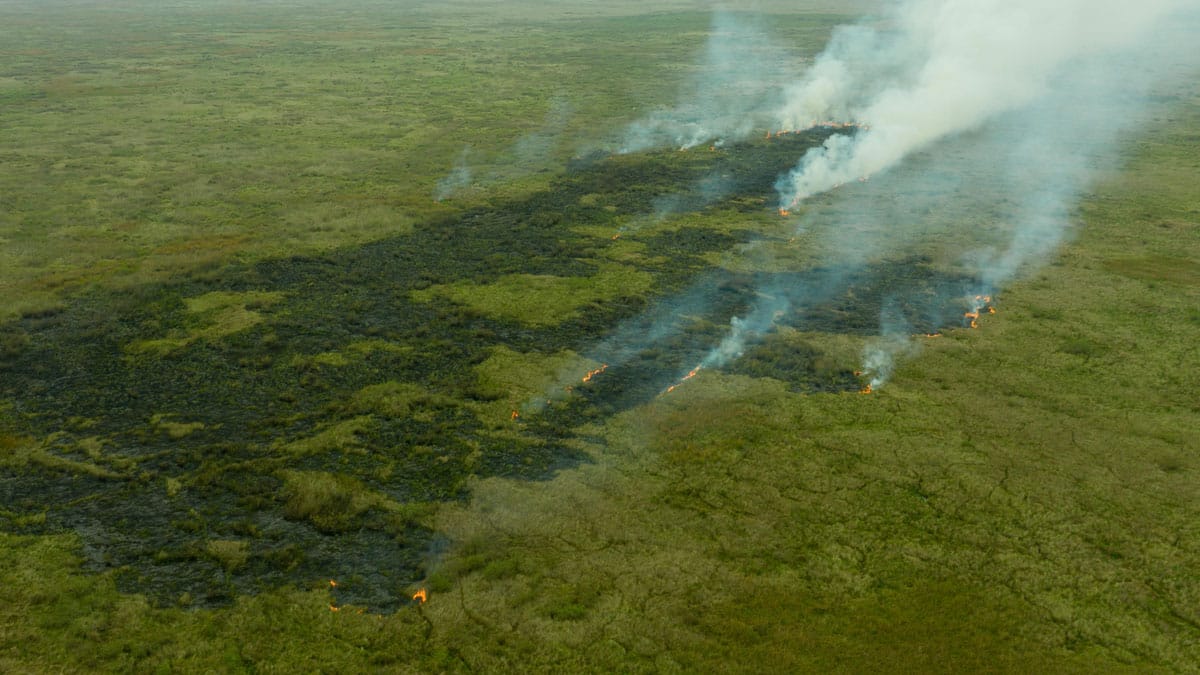 Unfortunately, in Paraguay, as in all countries of South America, arable land and pastures are still burned every year.

Only with permission and under government control are burns allowed. Landowners must ensure that sufficient firefighters are present. Uncontrolled and unauthorized burns are a crime, punishable by prison in Paraguay for many years, but fires often get out of control.

The result: large areas of land are left scorched by the flames and animals die.

What is much worse: Due to the annual burns, more and more plant species are dying out. Herbs are disappearing and only a few grass varieties that are not suitable for cattle survive. These grass varieties spread like monocultures (weeds) which directly impact the annual yield of crops and the health of grazing animals.

However, the worst thing is the killing of the microorganisms in the humus. A handful of humus has more micro-organisms than there are people on earth!

Burns kill these micro-organisms. The soil dies and becomes infertile. This is in the interest of the chemical industry, which then uses chemical means to cultivate dead soil and, in the process, destroys remaining fertile soil and wildlife with pesticides.

By the way: When I was a child, even arable land in Austria was burned every year. But 40 to 50 years ago they put an end to that nonsense. Sadly, in Paraguay we are not quite there yet. But we are confident that we will stop the “controlled” burns here by showing the farmers how to achieve MORE yield in the fields and healthier animals on the pastures WITHOUT burning.

Bans do not work, only truth and reason can cause change.

When and where did one of the greatest crimes in human history – industrial agriculture – start? After the First World War, the surplus of explosives was processed into fertilizer and sold. The surplus of noxious gases became components of pesticides.

Paraiso Verde acts for the protection of nature and against fire madness:

No fire can get into our settlement area: in grass- lands such as the one in Caazapá about 2 meters of water canals, or about 5 meters of road, keep fires away. Our causeway is up to 22 meters wide and the canal is over 8 meters. We have a safe barrier from fire here.

1. We are in the process of securing our entire estancia against fire through firebreaks and field paths on the perimeter of our property, excluding the part of Isla Susu which is part of our property (374 hectares) . In 2021 no more fires will reach our estancia.

2. At the same time we are working with positive forces in the government and with the foundation “Nature Park Isla Susu” to keep fire away from the nature park as well.

3. In El Paraiso Verde we were the first in 2019 to give warning to neighboring farms and we have been diligently seeking criminal charges be filed against arsonists for over a year.

WE do not burn anything; we are strictly against ALL burning of fertile ground.

Burning down increases the CO2 in the air by blowing the carbon that is vital for the soil into the air. Subsequently the carbon- content of top soil decreases over periods of decades A crime if you consider that the UNO classifies soil below 5% carbon as desert soil.

According to this classification almost the entire agricultural area of Europe is (technically speaking) desert. The “patient field” is in a coma and is only kept alive artificially (with artificial fertilizer). Only “pests” survive in this artificial poisonous atmosphere. Pests however have the god given task to destroy bad harvests.  Today, In the so-called “civilized world” and worldwide, these insects and “pests” are destroyed by pesticides and the contaminated harvest is consumed by humans – spiced with highly toxic pesticide residues.

Is it any wonder that we have so much cancer and autoimmune diseases? This was not always the case…

A drone – a gift for the fire department

To be able to combat and identify the origins of fires more quickly and easily in the future, RELJUV S.A. has donated one of its drones to the fire department of Caazapá.

The head of our media department Rodrigo is showing the firefighters the drone.

El Paraíso Verde is fighting on the front line for the preservation of our arable land and thus for the survival of the people in this country. 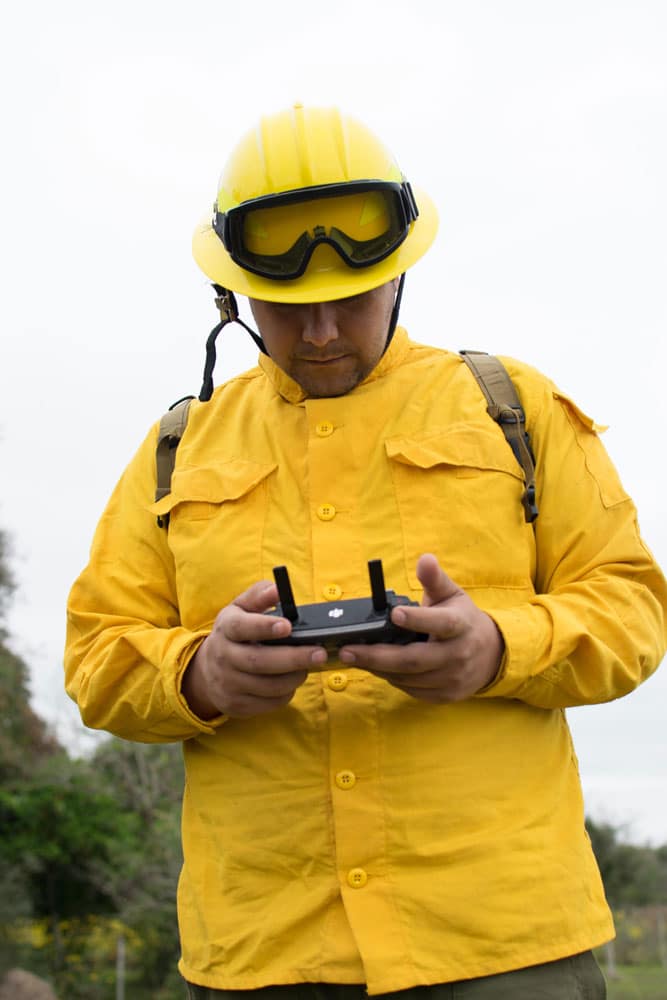