How do you celebrate Halloween in a community that wants to "enter the New Era"?

How can you reinvent this "Satan's Festival", which Hollywood has converted into a horror spectacle, in the sense of El Paraiso Verde, without the children revolting and without believing adults being offended?

Abolish? Difficult. The children are really looking forward to “Trick or Treat” with the pound-heavy bags of insulin boosters….

In El Paraiso Verde we have also decided to reinvent art, culture and our way of life and, above all, to banish from our lives the many negativity and the satanic that has our planet firmly in a stranglehold.

So: creativity was required. Some concepts have been made and then discarded.

So we finally managed the balancing act between the old paradigm and life in the new era.

Our “Halloween project group was split into 2 camps in the design of the festival and wanted me to find a solution. So they “put me” in the portico near our kitchen because they needed an ad hoc decision.

I literally had to create a new festival “between the door and hinge” in order to reunite the two camps (“Halloween partiists” and “abolitionists”).

And you have to GIVE a little MORE to each of the camps. Taking away is easy, any government in the world can (with the exception of Trump, perhaps).

So children get more and believers get more than before.

What we have achieved together here at El Paraiso Verde could be a role model for the people out there in the evil, wide world of how we can all break free from the dictates of satanic Hollywood and STILL celebrate life and the joy of life.

This festival is optional but offers LOTS of fun because it stimulates creativity and increases the anticipation of the HELLO-WIN Festival.

The party will take place about a week before HELLO-WIN. The children come together in the afternoon and, with the help of the adults, make their disguises, funny pumpkin faces, lanterns and colorful lights. They have a lot of fun with music, orange juice and cake. The “tricks” for the HELLO-WIN festival can also be thought out and practiced or even performed as a dress rehearsal. More on these “tricks” later.

The adults make sure that the costumes or decorations do not contain any skeletons, no skulls, no negative motifs, no blood, no vampire teeth.

Magician, fairy, Cleopatra and other characters from history, fairy tales and legends are fine. 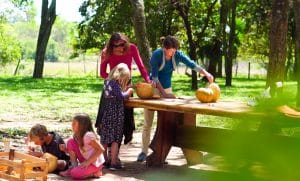 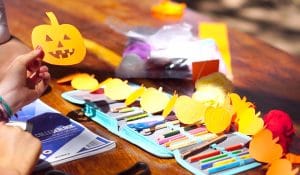 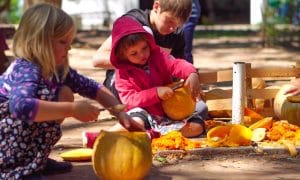 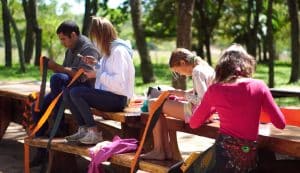 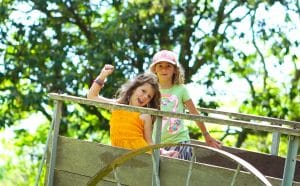 As the name suggests, as many people as possible should say hello (maybe also hug, hopefully without a mask ...) and everyone should benefit from this festival: recognition, joy, fun, the opportunity to present themselves. A WIN-WIN festival. Just HELLO-WIN.

One of the most important customs for children so far has been “trick or treat”.

In the version pushed by Hollywood, trick or treat is not only evil, it is a criminal offense:

Blackmail. Either you give me something (treat) or I'll play you a bad trick.

You really have to look at it the way it is: the threat that someone will be played badly if the threatened person does not immediately (with time pressure) do something in return for nothing.

We are therefore replacing “trick OR treat” with 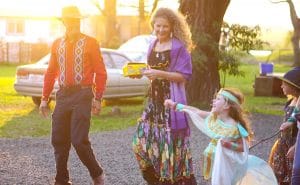 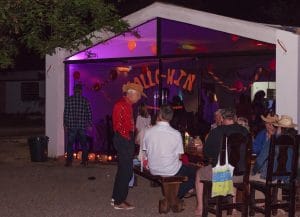 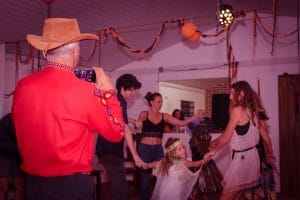 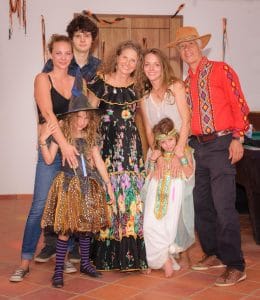 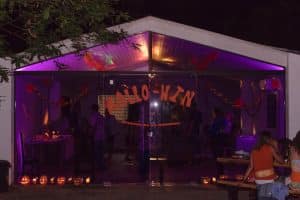 A trick doesn't have to be a bad thing. A trick, turning a wheel, a somersault, a magic trick, a card trick, a sketch, cabaret, a short dance number, a poem, a song, a small play ...

You get the idea: the children think of such tricks at HALLO-PREP, have a few days to practice them and then our new TRICK AND TREAT will be celebrated on HALLO-WIN Day to the joy of everyone.

Nobody loses anymore, nobody makes fun of someone else's expense. Everyone can contribute and present themselves. Everyone is happy about the performance and as a REWARD for the “TRICK” the actor receives a “TREAT”.

And immediately Hallo-WIN is a winner for everyone. No more “organized series criminal offenses”, but art, jokes and entertainment in its purest form, including rewards for the actors.

Advantages for the children

You have 2 celebrations instead of one
You can be creative in crafting your costumes and decorations
They are not disappointed that they are not allowed to do “tricks”, but just collect “treats” everywhere. You can perform (nice, beautiful, artistic, magical) "tricks" and get something in return
You are in EXCHANGE with the community. They do something for what they get.
They get recognition from the community and strengthen their self-confidence and self-esteem.
And as a bonus (optional) we celebrate a HUGE PARTY with disc jockey, dance, fun and good humor…. 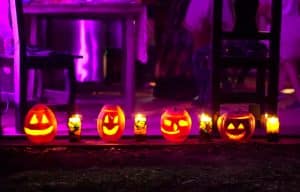 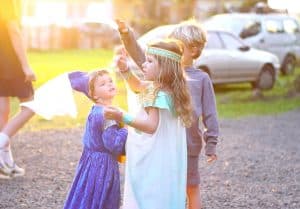 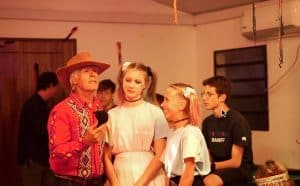 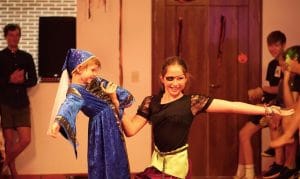 We Christians know this festival as "All Souls". In Austria it is celebrated on November 2nd.

SAMHAIN, the old Celtic commemoration of the dead, serves the memory of loved ones and souls (spirits or people who have no body).

Since there is no All Saints' Day and All Souls Day in Paraguay, we have chosen October 31, the traditional SAMHAIN festival, but it doesn't have to be that way. The festival can take place on November 1st or 2nd.

Pictures of the beloved deceased are exhibited, good wishes to the deceased are written down and much more. What is important is the POSITIVE memory of those who have left us and, above all, the gratitude for their “BEING” among us.

"Don't be sad about what is, but be grateful for what has been."

This deep gratitude heals the pain and every religion has its view of where the dead are. That is a good thing, that is also respected by us. We wish our deceased relatives all the best and send them a lot of love to the place where they are.

Evil spirits do not come when we pray with pure hearts for the well-being of the departed.

Everyone can call this festival what they want and everyone can celebrate it as they want: together or alone, Christian or Celtic,….

This is El Paraiso Verde. We have many challenges in a community that is constitutionally non-religious, but in which an overwhelming majority of heartfelt believers of all denominations have come together in the common belief that we can be good to one another and that we are all best for ours Roommates want. 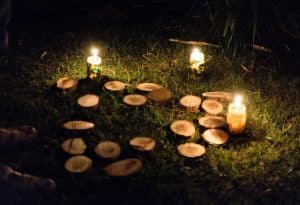 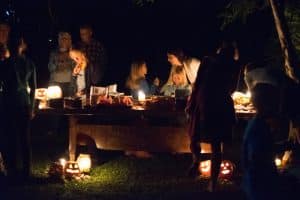 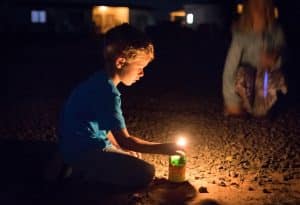 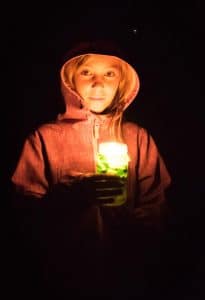 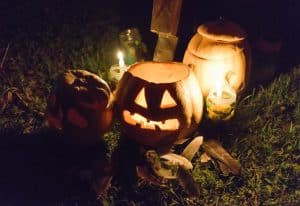 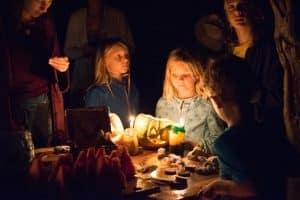